As 2022 draws to a close we recap a record-breaking year for women’s test match rugby.

The sight of a full Eden Park watching the Rugby World Cup 2021 final between New Zealand and England will live long in the memory of those lucky enough to have been there.

RWC 2021, delayed due to the impact of the COVID-19 pandemic, proved to be a brilliant showcase of women’s test rugby both for those filling out stadiums in Auckland and Whangārei, and those watching on at home.

Perhaps fittingly, it was the Black Ferns who won the first women’s Rugby World Cup to be played in the Southern Hemisphere but 2022 was about more than the showpiece tournament.

As New Year draws close, we take a look back at the highlights of a record-breaking year.

SPAIN, AND ENGLAND REIGN IN EUROPE

The first women’s test of the year was played in Amsterdam on 19 February as Spain ran in 11 tries to beat Netherlands 69-0 in the Rugby Europe Women’s Championship 2022.

Patricia García contributed 11 points to the victory and supplied another 10 a week later in her final international match, to help Las Leonas defeat Russia 27-0 and claim a ninth continental title.

On the eve of that match in Madrid, Scotland booked their place at Rugby World Cup 2021 as they beat Colombia 59-3 to win the Final Qualification Tournament in Dubai.

Scotland was back in action four weeks later, but their homecoming party was spoiled by England who won the opening match of the Women’s Six Nations 2022 57-5 at DAM Health Stadium in Edinburgh.

The Red Roses would enjoy equally impressive victories against Italy, Wales, and Ireland before first-half tries from Sarah Bern (two) and Abbie Ward against France in Bayonne on 30 April secured a fourth successive tournament clean sweep.

In defeat, Les Bleues had to settle for second place, while Wales finished third on a points difference from Ireland and Italy, despite a final-day loss to the Azzurre.

The attention switched to Australia in May, where Japan secured impressive victories against Fiji, the Wallaroos, and the Australian Barbarians.

In between those matches, Australia also beat Fijiana, and the following month they were back in action as the World Rugby Pacific Four Series was played as a four-team tournament for the first time.

Hosts New Zealand came out on top, beating Australia, Canada, and the USA to win the title for the first time of asking and kickstart their preparations for RWC 2021.

In July, meanwhile, Fiji beat Papua New Guinea, Tonga, and Samoa to win the Oceania Rugby Women’s Championship 2022 in New Zealand as the tournament returned for the first time since the outbreak of the pandemic.

July, August, and September featured a host of RWC 2021 warm-up matches, including tours to Japan by South Africa and Ireland, the hosts winning one and losing one of their two matches against each nation.

The Black Ferns wrapped up another O’Reilly Cup with a 22-14 defeat of Australia in Adelaide at the end of August, while England set a new test record as they won their 25th match in a row, beating Wales 73-7 in Bristol on 14 September.

It was a run that made England favorites lift a third Rugby World Cup, and they extended it on the opening day of RWC 2021, on 8 October, with an 84-19 win against Fiji.

France had kicked off the tournament by beating South Africa 40-5 and seven days later turned in a supreme defensive performance against England. The Red Roses emerged victorious though, Emily Scarratt scoring all her side’s points in a 13-7 win.

England would end the pool phase unbeaten and top of Pool C, however, their lack of bonus points against Les Bleues ensured they went into the quarter-finals as third seeds.

The Black Ferns were top seeds, despite finding themselves 17-0 down after half an hour of their opening match against Australia in front of a packed Eden Park.

A Portia Woodman hat-trick helped the hosts to a 41-17 win, and they followed that up with comfortable victories against Wales and Scotland. By the end of the pool phase, the Black Ferns had scored 26 tries and conceded only five in three matches.

Canada topped Pool B, securing bonus point wins against USA, Italy, and Japan to qualify for the quarter-finals as second seeds.

Pool runners-up Australia, Italy, and France, as well as Wales and USA – the two best third-placed finishers – joined the top three seeds in the knockout stages.

Each of the quarter-finals went with seeding as France beat Italy to set up a semi-final against the Black Ferns, who had won against Wales for a second time, while England emerged past Australia and Canada overcame the USA.

Canada, the last amateur team left in the tournament, proved to be stubborn opponents for England, turning around within three points of the World Rugby Women’s Rankings powered by Capgemini’s number one side but ultimately losing a tight contest 26-19.

The second semi-final began to turn in the hosts’ favor following a stunning finish from Ruby Tui early in the second half, however, Les Bleues remained in touching distance and had a chance to win it with the final kick.

The final, played in front of a record 42,579 fans at Eden Park, was equally as dramatic. England took an early two-score lead but was reduced to 14 players in the 17th minute as Lydia Thompson was shown a red card for a dangerous tackle on Woodman.

The teams traded tries until the final 10 minutes when the hosts edged into a 34-31 lead and Stacey Fluhler departed the pitch to a standing ovation.

Again, the result hung in the balance. Black Ferns replacement Joanah Ngan-Woo became a hero in the final play as she got up to disrupt the Red Roses’ potent lineout and help her team regain possession and ultimately become the first host nation to win the women’s title.

Women’s test rugby was not halted at the final blast of Hollie Davidson’s whistle, however. Since New Zealand lifted the Rugby World Cup trophy into the Auckland sky, five matches have been played on four continents. It augurs well for 2023. 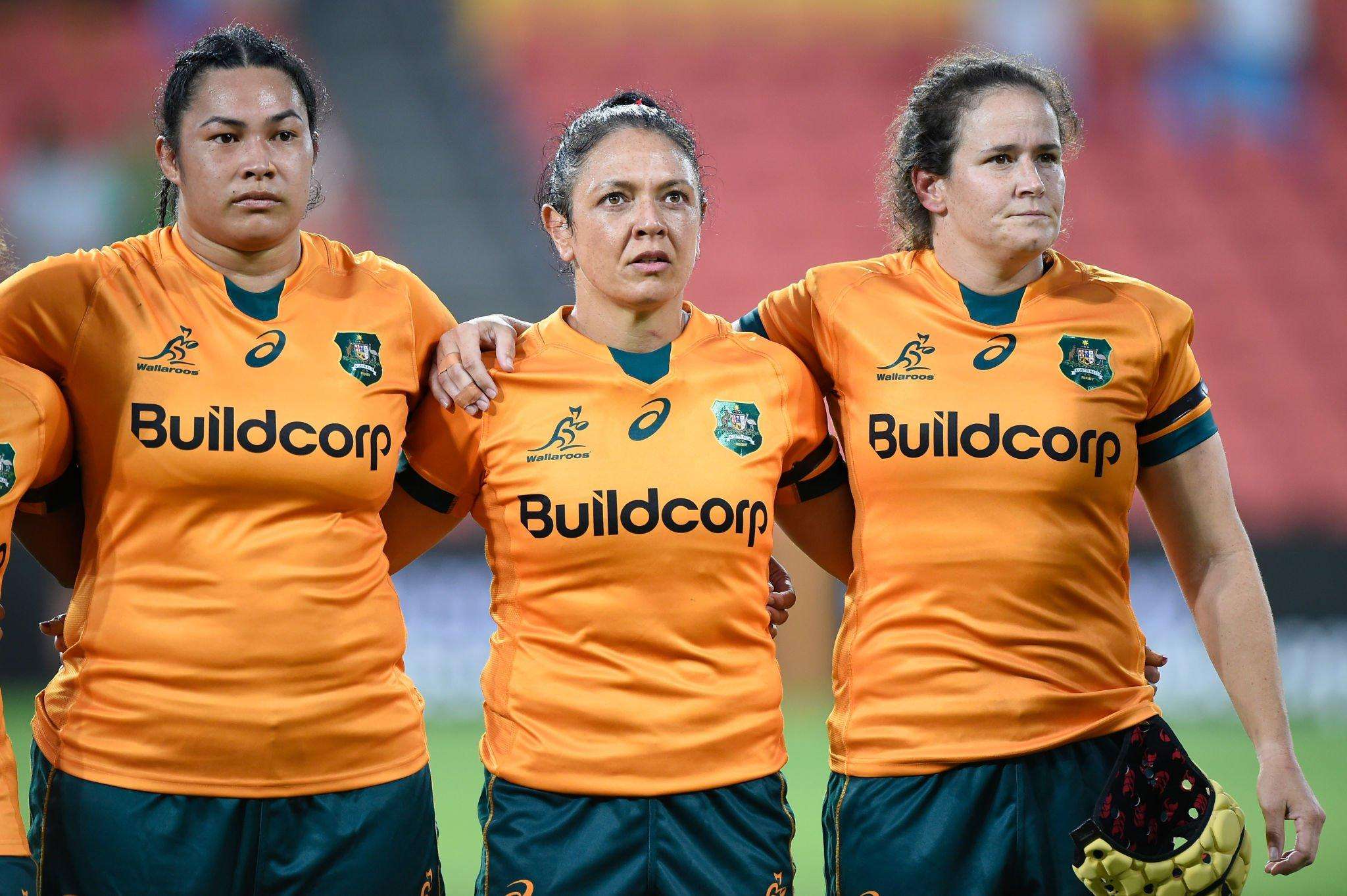 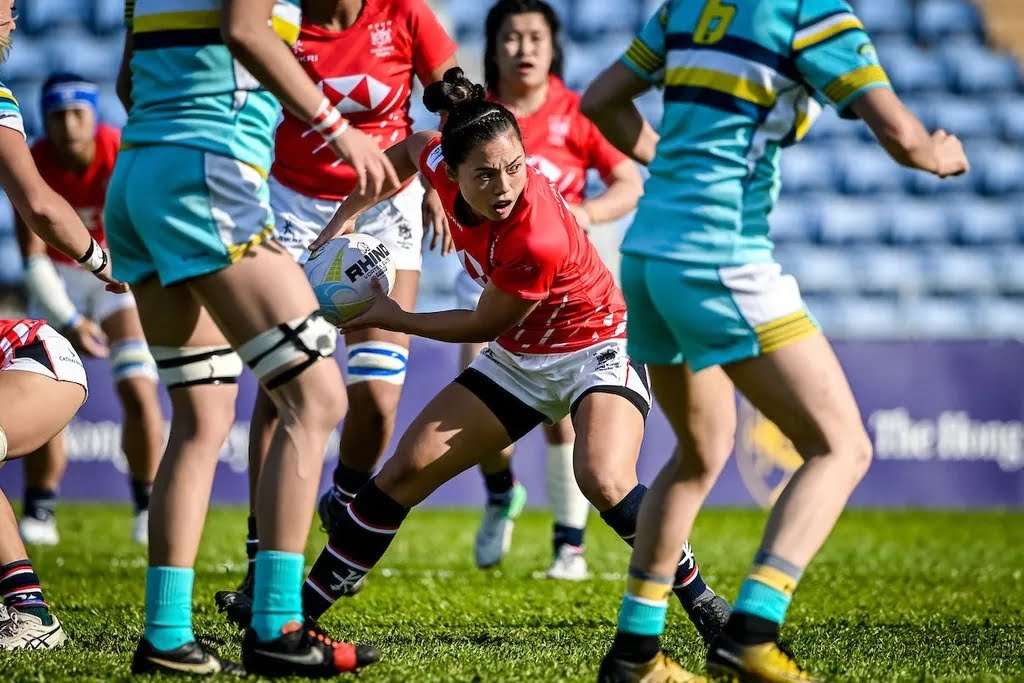 A 31-17 win over Kazakhstan in their first test for three years...